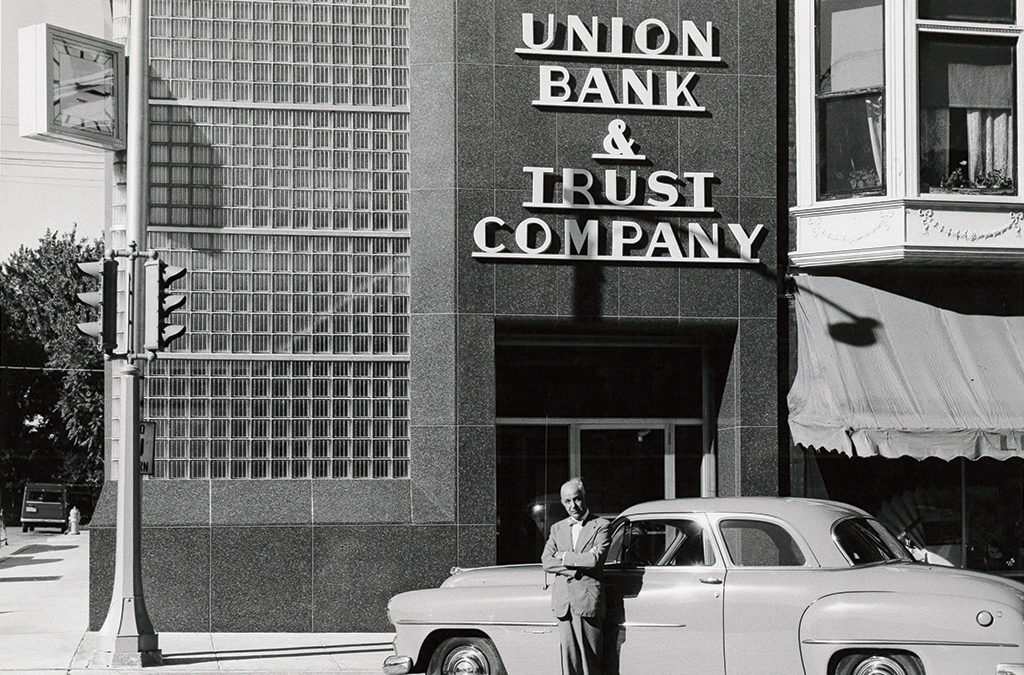 Union Bank & Trust Company has a long and proud history. Established originally in 1897, the Grange Bank was purchased by Gertrude Eager in 1916, and son Leonard P. Eager began his banking career. There were two other banks in Evansville at that time, the Bank of Evansville and the Farmers and Merchants State Bank. The Grange Bank was the smallest, having total deposits of only $155,000.

Just seven years later, the State Bank of Evansville and the Farmers and Merchants State Bank merged, and the name of the bank became Farmer’s & State Bank. Then in 1940, the bank began to offer trust services and the name was changed one last time, to Union Bank & Trust Company.

In the decades since, UB&T has expanded both its space and its menu of product and service offerings. But beginning in 1996, UB&T expanded our geographic footprint to new communities for the first time – starting in neighboring Brooklyn, then Belleville, Oregon and New Glarus. UB&T’s newest office, the UB&T Janesville Loan Center, opened in the summer of 2015.

In 2013, Steve Eager became the Bank’s President, representing the fourth generation of Eagers to lead UB&T.

UB&T invites you to view a short video that chronicles our rich history and our ongoing commitment to the families, business and agricultural producers who are our friends and neighbors.

You and UB&T…Still Growing Together!

Union Bank & Trust Company provides the services and technology you need to manage your money today. Locally owned and managed, we have the philosophy that we want to be your bank for life.

You are leaving the Union Bank & Trust Company (UB&T) website. The UB&T website contains links to certain websites that are not affiliated with UB&T. UB&T provides this link as a courtesy to our website visitors. By following this link you will enter a website created, operated, and maintained by a private business or organization. UB&T cannot attest to the accuracy of information provided by such websites. If we provide a link to such a website, this does not constitute an endorsement by UB&T. Also, such websites are not within our control and may not follow the same privacy, security or accessibility policies. Once you visit such a website, you are subject to the policies of that site.